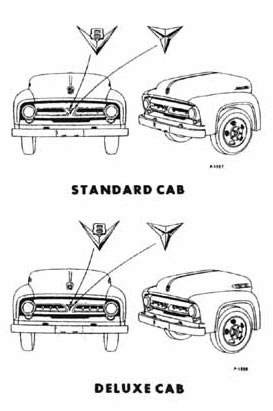 1953 was the first year of the F100 and the last year you could get a Flathead in a Ford pickup. The new 53 F100 was uniquely styled with a slant cab window, fat fenders and larger cab space than the F1. 1953 was also the 50th anniversary of the Ford pickup. The horn button on the 53 F100 is unique and displays the anniversary year. Differences were minor when compared with today’s truck options. A fresh air cab option on the 53 F100 was available. Deluxe 53 F100 trucks had 6 chrome teeth mounted in the grille – 3 on each side of the center chrome emblem. Deluxe trucks also had a chrome gull wing on each side of the hood surrounding the chrome 53 F100 emblem.

Turn signals were not standard equipment. Seat belts were also not available. Vacuum wipers were used and only worked when you let off of the gas to free up vacuum from the engine to run the wipers. Front suspension was a straight axle with leaf springs. Brakes consisted of a single master cylinder with drum brakes on all 4 corners. These are fine for speeds below 45, but hardly safe on today’s roads. 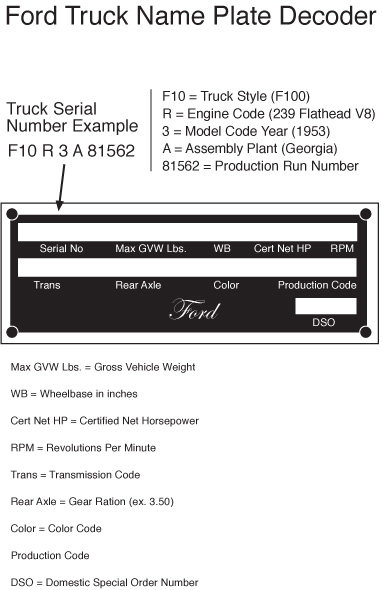 ClassicTrucks.net is an independent website focused on classic trucks, news and information. Please let us know if you have a truck you would like us to feature on our website. If you are a company and would like us to feature a product or service that you offer, we often show press releases and news stories free. Please contact us through the contact form and let us know you have content to send to us. We will email you back. You can reply to that email with your news story content.
Contact us: chad@classictrucks.net